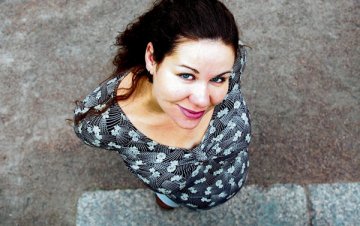 Q. My 17-year-old niece, who has always being a bit wild and impulsive, has just announced she is pregnant. She is no longer with her boyfriend, so it is likely she will be parenting alone. Although they are putting on a brave face publicly, I know my sister and her husband are privately devastated because they think she is too young – my sister has told me in the past that this is her worst fear. My question is about what to say to my own two girls (aged eight and 12) about the news. They see a lot of my niece and are very fond of her. In particular, my eldest girl looks up to her cousin and is impressionable. I am worried when I tell them she is expecting a baby, they might get the message that it is okay to have a baby in such circumstances. I know I might appear old-fashioned or to be judgmental of my niece, but I would hate my girls to find themselves in the same situation down the road. I have hopes of them going to college, being older and in a stable relationship before becoming parents. How should I explain what has happened?

A. An unplanned pregnancy can be a challenge, not just for the mother or father but also for the extended family. This is especially the case when the parents are young and when the pregnancy might have direct implications for other people, especially your sister and her husband, who are soon to become grandparents. They might have had another vision in mind for their daughter and how she might grow up and now have to come to terms with a very different reality.

In addition, if your niece is living at home, they might be directly involved in caring for the baby, which might not have been something they were expecting at this point in their lives. Equally, in the extended family, people are unsure how to react – torn between being welcoming and positive about the birth of a new baby and also being worried about the circumstances.

In the past, teenage pregnancies were perceived to have brought shame to a family, and the parents – especially the mother– were often harshly judged. Thankfully, as a society we have largely moved on from such responses, but some of these feelings linger, especially in families where early unplanned parenthood is very much outside what is expected.

It is important to remember that at the centre of this is a new baby and two new young parents, both of whom are thrown into the big responsibility of parenthood where they might find it harder to cope. Both are likely to need support and understanding if they are to rise to the challenge of parenting and looking after their baby, whatever the status of their relationship.

As with all family crises, time and perspective can really help. Whereas people might be initially shocked, given some time they can come to terms with what happened and move to a point of welcoming and feeling positive about the birth of the baby.

You raise an interesting question about how to tell your own daughters the news and how to help them understand. You are right to be concerned about role-modelling – young adolescents are impressionable and can be influenced by older teenagers who they look up to.

The key is to find a way of talking about your niece’s news in a manner that emphasises the positive news of a new baby, but also communicates your values in a non-judgmental way. For example, you could sit your daughters down and tell them that you have special news about their cousin. You could say something like: “Yes, N is having a baby and we are all happy for this good news, but we would have liked for her to be older when she would be more ready. Luckily, she will have her parents and us to support her.”

Once you tell them, it is important to ask them what they think, to listen and also to be available to chat about it at other times. Because your daughters are different ages it might be an idea to tell them the news alone, so you can tailor the message to what they need to know. Your older daughter might appreciate being treated as more of a grown-up, and it is an opportunity for you to talk about sexuality, birth control, relationships, parenthood and whatever other important values you want to communicate.

While some parents can be quick to judge a teenager who is pregnant, other parents can go to the other extreme and, in a desire to be liberal, forget to communicate values to their children. It is important to express your hopes and values to your children, and often they experience this as a sign of your love for them.

It is okay for you to say, “I’d prefer you to wait to have a child when you are older and have worked out what you really want/are married and are with someone who is committed to you”, as well as balancing this by saying, “Of course, you know that I’d love and accept you no matter what would happen”.

Although your niece’s news can initially be a shock for everyone, it is also an opportunity for you to pull together and to support one another as a family. Specifically, it is an opportunity to have a grown-up conversation with your daughters, especially the eldest, and to use this as an opportunity to discuss values with them and to prepare them for becoming teenagers.