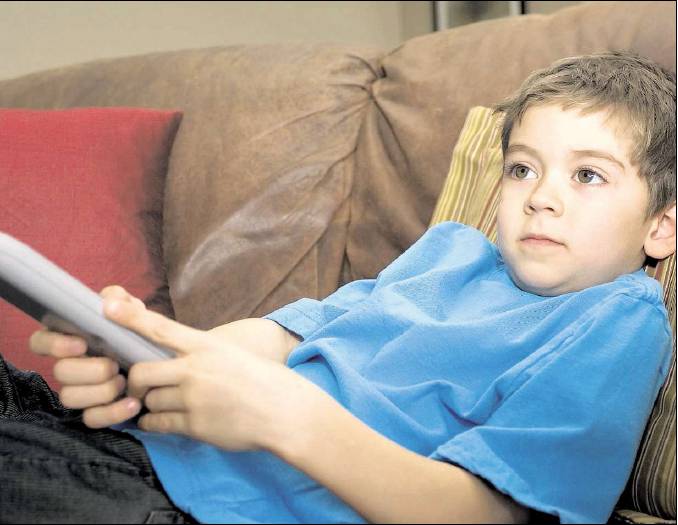 Q. My six-year-old son has always been a good eater and loves his treats and chocolates (probably a bit more than my other two children). Now with all the focus on childhood obesity, I am worried this might become a problem. He is already a bit overweight compared with his brother, and I want to do my best to avoid this becoming a problem. What is the best way to approach this? I don’t want to make him feel bad or give him a complex about his appearance.

A. Overeating, unhealthy diets and an accompanying sedentary lifestyle are increasing societal problems affecting more and more people. The resulting obesity and associated illnesses pose major health problems for individuals and collectively for health services. Many commentators suggest obesity will be the number one health problem in the future.

To complicate matters, however, another big problem in society is an obsession with appearance and body image.

As well as a large number of people suffering from obesity, a similar number are suffering from an obsession with body image. They are trying to live up to impossible ideals and, as a result, are miserable on yo-yo diets trying to control their food intake. Such problems affect both sexes, but can be particularly pronounced for young women.

At the heart of these problems is an addictive or unhealthy relationship with food and the loss of the ability to enjoy healthy food for its own sake. Just as many addictions are characterised by obsession and control, our problems with eating swing between overcontrolling our diet and complete inhibition.

The aim is to get beyond these two extremes to a point where we enjoy healthy food for its own sake. We have arrived at that point when we don’t “think” too much about food because eating healthily is part of our daily life.

In practical terms, where does this leave you as a parent trying to bring up your children? How can you help them to grow up with healthy eating habits and good attitudes towards physical exercise, but without them becoming obsessive about dieting or taking on society’s unhealthy obsession with looks and appearance?

The first step is to focus on promoting healthy eating and a healthy lifestyle as opposed to controlling food.

This is a long-term parenting task, but there are lots of simple positive things you can do. Firstly, take the time to teach your son about healthy food by involving him in the cooking or preparation and even the growing of healthy fruits and vegetables. Reading books together about the different food groups and planning meals that include these as well as taking on board simple campaign messages such as making sure to have your five a day or to walk to school can all make a difference.

Remember, as a parent you largely control your son’s environment – you can make the decision about what food choices he is exposed to. Give him as many choices as possible, but make sure all the food he is offered at home is healthy.

It is also important to be careful about portion control. Many parents inadvertently overfeed their children by providing adult portions on their plates. Rather than insisting they clean their plate when the original portion might have been too large, a better model is to always start with a small amount and then allow your children to select more as needed.

In a healthy diet there is, of course, space for treats such as sweets and chocolates, but the key is to make sure to limit the size and frequency of these. Parents sometimes get caught into providing large daily desserts to children, when a treat a tenth of the size would suffice and may even be more appreciated by the child.

It is also good discipline to ensure such treats are handed out only after dinner is finished and that they are dependent on the child trying some of the more healthy food first.

Regarding increasing physical exercise, there is a lot you can do such as setting clear limits on time with TV and PlayStations and encouraging other physical pursuits.

Simple changes in lifestyle such as walking to school together or making sure physical exercise is regularly part of family events can make a difference.

For example, rather than driving to a fast-food restaurant for dinner, why not go for a family walk or cycle in the park, taking a healthy picnic instead?

Thinking specifically about your own son’s situation, I would suggest that you also check as to whether his weight is in the normal range.

There is a big variation in what is normal and many children may just have a different body shape to their siblings rather than being necessarily overweight. I would do this without drawing any attention to the fact, maybe playing a game with him weighing each other on the scales.

At a young age, it is important not to give him any negative feedback about his weight.

Instead, it is more positive and effective to take time to teach him about healthy eating and a healthy lifestyle and to integrate this as much as possible into family life.