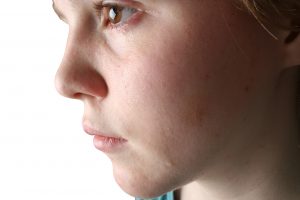 QUESTION:
We a have a delightful nine-year-old boy and he’s our only child. He is extremely sensitive to everything all around him. For example, if someone is upset at home he gets upset also and he can easily be affected and worry about this. He asks multiple times a day if we love him and if he’s a good boy. He’s told loads of times every day that he is very good and how much he’s loved but it never seems to reassure him. It’s becoming worrying for us now. We wonder if it is because he is an only child. What should we do?

ANSWER:
Lots of children can get into a habit of frequently seeking reassurance that they they are “good” and/or that they are loved by their parents. While sometimes this is a sign of a deep set insecurity or a lack of self-acceptance, sometimes it is simply a ritual or a habitual way of seeking attention from their parents – they know that when they ask question about whether they are loved they will always get a positive and reassuring response from their parents.

Many of the children who seek reassurance like this are also emotionally sensitive. Like your son, they can easily pick up on other people’s feelings, getting upset when others are upset and worried when others are worried. They can easily feel responsible for other people’s feelings, so when you get upset or annoyed you son might feel somehow responsible for causing these feelings.

This sense of responsibility for others’ feelings can lead to insecurity – for example if you get even slightly frustrated with him (eg for constantly seeking reassurance), he can easily feel at fault and then seek more reassurance from you.

Recognise your son’s positive qualities
Lots of sensitive children feel bad about their emotions. It is useful to turn this around and see the positives that underpin your son’s sensitivity and point these out to him. For example, you might say to him “you are really able to understand and notice other people’s feelings that is a really a good quality that will help you as you grow up”.

You can also see the positives behind his seeking your reassurance which indicates the openness of his relationship with his parents. While you might want to over time encourage his confidence and his ability to “reassure himself” without asking anyone, it good that he comes to you now as a nine year old to seek your advice and influence.

For example, make sure you have lots of daily connected times together such as having a cuddle together when you watch a favourite TV programme or read a story before bed. Find non-verbal ways of reassuring him such as giving him a hug or a pat on the back or a subtle thumbs up or a wink when he needs reassurance when you are out socially.

Help him express underlying feelings
Is there a a pattern to your son asking for reassurance? Perhaps he does it when he stressed about school or if something has happened at home. As well as giving him reassurance when he asks, try also get him to talk about what is going on for him. Gently inquire, what are you thinking? Is there something on your mind?’ and try to get him to open up.

If there are other things he is worried about you can help him take action to sort them out. Moving to problem solving and action will reduce his anxiety and worry.

Discuss the issue of him constantly needing reassurance
Without making a big deal about it, you could also raise the issue of him seeking reassurance. As he is nine years old, he may well be able to reflect about this habit and think what it means to him. For example, you might say “you know the way you always ask Mum and Dad if we love you (and we always say how much we do), is there any particular reason you ask?” The key is explore the subject gently, listening carefully without making him feel criticised.

Encourage your son’s independence
Finally, build your son’s confidence by encouraging his independence. For example, there may be opportunities to allow him to take on new responsibilities at home such as shopping or cooking, and outside such as travelling to activities. Such independence can help him build his confidence and sense of being self-assured.

Also, make sure he is involved in hobbies that allow him to express his natural talents whether this is sport or drama or other creative activities such as art or music. Being involved in activities that he enjoys, will naturally build his self-esteem and self-worth.

While being an only child does not necessarily mean children are more likely to seek reassurance, it can make things sometimes more intense in the family. As you have only one child it can be harder to encourage independence and you don’t have the comparison or input from siblings to put things in context. However, there are also advantages to having an only child in that you can focus exclusively on their needs as you sort things out and plan specifically what they need as they move towards independence.