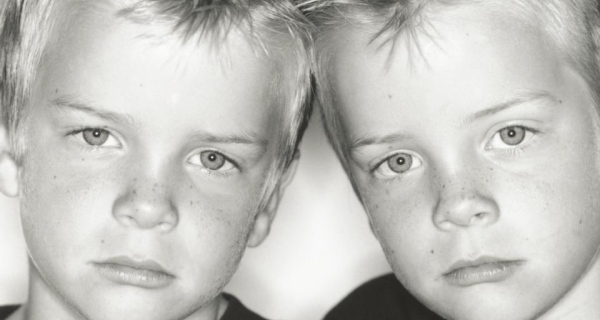 Q. Our identical twin boys are nearly six years old and in separate classes in junior infants since last September. However, since February, Marcus does not like being called a twin. We call them by their names at home or refer to them as the boys. The teachers are very good and refer to them only as brothers. But when other children in the school or adults comment about them being twins or how alike they are, Marcus really doesn’t like it . For example, when they started at the local soccer club, Alex informed the coach that they were twins and Marcus got really upset with Alex and said, “But we are brothers ”. At home, they get on fine most of the time but can be competitive particularly when their cousins/friends visit us or when our boys go to visit family/friends.

A. Your question raises some of the many unique challenges of bringing up twins. While lots of people assume twins will always get along or have a “special” close relationship, like all siblings in a family, twins can at times feel competitive with one another and struggle to work out their unique identity in the family.

This can be especially the case with identical twins as people frequently relate to them as a unit and constantly comment on how alike they are which can be difficult for a twin who wants to be appreciated as an individual. In addition, your son Marcus may not like being called a twin because he is at a stage where he simply does not like attention being drawn to himself as being different from other children and he wants to fit in.

Either way, I would follow the school’s approach and not make a big deal about the issue. If the discussion about twins comes up, emphasise that they are unique individuals who are brothers and, just like all brothers in families, your expectation is that they get along and care for one another.

Being sensitive about being called a twin is probably a phase that Marcus is going through that will change over time. In addition, there is a lot you can do to help him feel secure as a twin and as an individual.

Accept competition as normal
It is quite normal for twins to feel competitive with one another as they vie for their parents’ attention and as individual personality differences emerge.Such competition can be exaggerated in school or extra-curricular settings where one twin might perform better academically or achieve more in sports than the other and this can lead to increased jealousy and competitiveness. Although identical twins share the same genetic code, there are still differences between them in their development and each has his own unique passions, talents and drives.

Develop a unique relationship with them
One way to help your twins be secure in their individual identity is to make sure you as a parent develop a unique relationship with each of them as individuals. This means that over time you try to develop an individual connection with each of them that appreciates their unique talents and passion. In practical terms, this means that in addition to doing things with both of them or as a family, you make sure to set aside regular one-to-one times with each of them. This can be as simple as ensuring they each get a separate story or special chat before bedtime or that you do a different activity each week with them or that when one is in a class, you make sure to do some one to one with the other.

Support their relationship together
It is also important to support Alex and Marcus’s relationship with each other. Set up times that they can play well together and learn to co-operate. Some children need to be shown how to do this. For example, you could work on a project together such as making a jigsaw, doing art or being on the same team in a game. Take time to praise and encourage any time they share or work together or take an interest in each other’s game.

Understand where they are different
Be sensitive to the differences between Alex and Marcus and what areas they might compete about. If one of them is markedly better at a certain sport or in a certain educational arena, try to avoid placing them in direct competition with one another. Though not always necessary, this is one of the good reasons for separating twins in school thus allowing each to succeed on their own terms and with less comparison with the other. Be careful about praising one of the boys for success in front of the other when he is weaker in the same area. Indeed, when you do praise one of the boys for success, make sure to follow up with praise for the other – “Marcus, you did a great job tidying away the plates, and Alex you did great work washing the cutlery.”

Help them work out their own disputes
It is very important not to take sides in their disputes and instead to support them to resolve their own conflicts. When they get into an argument, be careful about rushing to defend one and judging the other to be at fault as this is likely to increase the conflict between them as they fight for your approval.
Instead, take a pause and encourage them to sort it out – “listen guys, let’s take a break now” or “I want the two of you now to share.” If they can’t resolve the dispute, make sure to impose an equal consequence rather than taking a side – ‘if you can’t agree now, the TV gets turned off’ or “if you don’t calm down now, both of you will have to go to your rooms”, and so on.

For more information on helping siblings resolve conflict and to get on better, see my book, ‘Positive Parenting‘