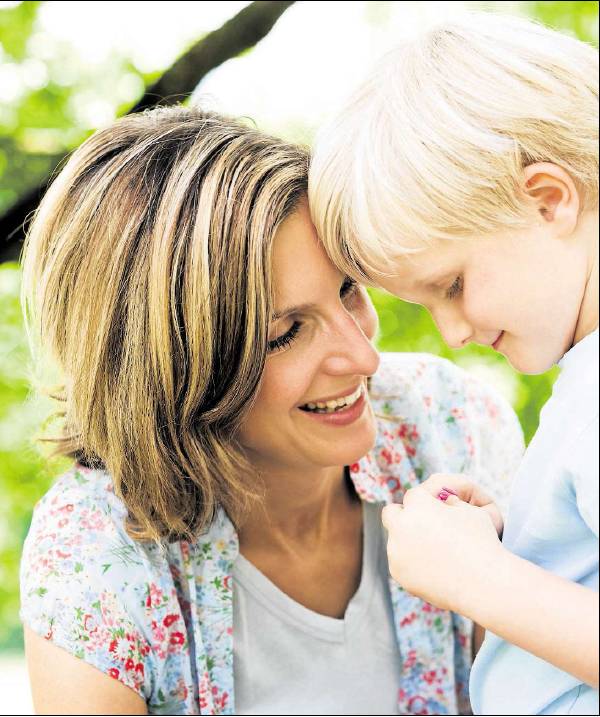 Q. I am due to get married soon and my partner has a six-year-old boy from a previous relationship. The plan is for him to live with his mother half the week and with us the other half of the week. I feel very daunted at the prospect of becoming a stepmother and I am aware of everything that can go wrong. Do you have any tips on making it go well?

A. When you get married to someone who is a parent, you are not only taking on board a new relationship with them, you are also committing to a significant relationship as a step-parent to their children. In addition, just as being married involves negotiating the sometimes tricky relationships with in-laws and your partner’s family, you also have to take into account the relationship with your partner’s six-year-old son’s mother (and possibly her family) as well.

Mothers are expected to take on the central caring role, especially when the children are young, and this can easily lead to jealousy and competition between mothers and stepmothers.

Your stepson’s mother could easily feel threatened if you took on too much of a central caring role and, equally, could be critical of the quality of your parenting if you took no active role.

Creating a comfortable and happy stepfamily arrangement can often take time and patience, and there is no one-size-fits-all approach as each individual and each family is different.

A lot depends on how each of you (your partner, your stepson, his mother, and yourself) feel about the new arrangement and, in particular, what expectations you all bring about everyone’s respective roles and relationships.

You don’t give many details in your question, but how does your partner get on with his ex? If they had a good co-parenting relationship prior to your arrival, and she is happy enough with him getting married (so they can move on with their lives), then this is something positive to build upon.

If their relationship is more problematic or hostile, that does make things more difficult and it is important for your partner to do what he can to improve things in order to constructively co-parent with his son’s mother.

This means that your partner should communicate directly with his ex about the issues affecting his son and work hard at reaching an agreement about parenting arrangements. However, remember this negotiation role is his and not yours. While you should encourage him to work towards achieving a civil relationship with his ex, it is generally not a good idea for you to get directly involved.

In addition, how things will work out depends a lot on how you currently get on with your soon-to-be stepson and how he feels about his father getting married. Give him lots of space and time to adjust and be sensitive to how he feels and thinks. Some possible fears for him are that your arrival will mean he will lose quality time with his father or that it will affect his relationship with this mother.

He needs to be reassured that you are not a threat to either of these relationships, and that your arrival means the gain of a new attentive adult in his life, rather than a loss of someone.

One of the key issues for children whose parents are separated is managing a divided sense of loyalty. They can feel caught in the middle of their parents’ original dispute and can feel they have to “choose” or take the side of one parent over the other. This is particularly the case if the relationship between his parents is not amicable.

It is possible that he might feel that accepting your role as stepmum is a betrayal of his mother, especially if he senses she is unhappy about the arrangement. If this is the case, it really helps if you and your partner are sensitive to his feelings and relieve him of having to choose.

Finding words to explain to him about what is happening in a positive way is crucial. For example, you might take time to acknowledge how important his mum is and how much he loves her, as well as explaining that you want to get to know him and to care for him too. If possible, you can point out that he now has a stepmum as well as a mum who love and care for him.

In developing your relationship with your new stepson, it is important to go slowly and at his pace, and to be wary of rushing or jumping in to “being mum”. It is probably best that his father remains in the main parenting role in terms of care and discipline and that you only slowly take on these roles.

Certainly, it is important that his father prioritises special time with his son and regularly “checks in” with him about how he is feeling and thinking about things. You should make sure to talk through all these issues with your partner and to listen to his concerns and expectations too. The more you can find a shared understanding and learn to support each other in your new roles, the better for everyone.

For many children, the inclusion of a new step-parent in their life is a good thing as it brings a new person into their world who is interested and attentive to them. This is particularly the case if all the adults in the family are happy about what is happening. If a child senses that his father is happier because of the marriage and that his mother is at least okay about it too, then this will help him settle and accept and even enjoy the new arrangement.

You may find some extra information in my book, Parenting When Separated.