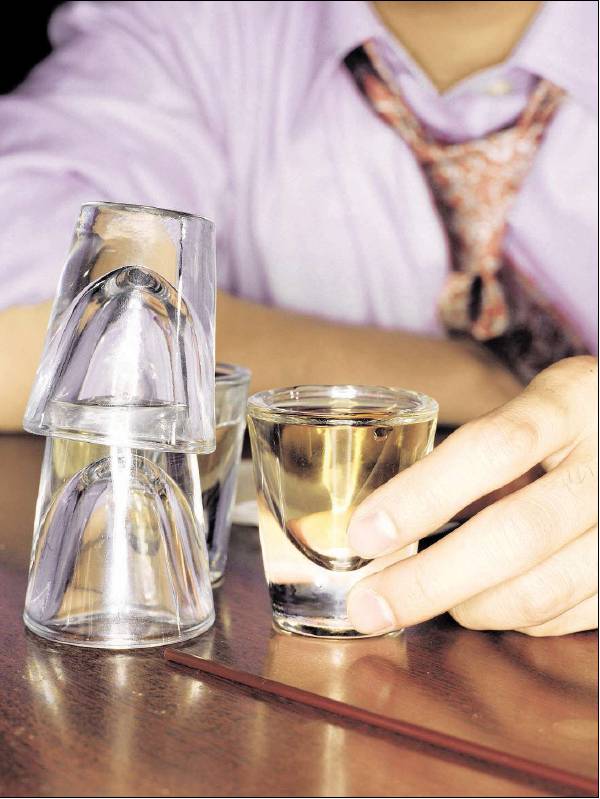 Q. My ex-husband had and still has a strong dependence on alcohol. We live separately and generally have a good working relationship. But occasionally the children’s father phones and may be under the influence of drink and says out-of-hand things. How do I help the children (aged 15 and 13) deal with this as the incident may not be acknowledged again yet can upset them, particularly my 15-year-old son, who is striving to have a relationship with his dad?

A. At the best of times, discussing an alcohol issue with a family member is a delicate issue. Depending on how they view their alcohol consumption or their behaviour under the influence, there is always the danger that they will react defensively and, if their denial is strong, they may even pull away from you as the person who challenged them.

If the children were younger, it would be your responsibility to raise the subject with their father and take steps to ensure that he was not under the influence when in contact with them.

But, as they are older, it is also appropriate to involve them in the conversation about what happened and to first explore with them their ideas about how best to deal with the situation.

If you have not done so already, pick a good time to talk to your children individually about what happened. For example, you could talk to your son when you have a bit of time together.

Depending how sensitive an issue it is, it can help to raise the subject gently by, for example, asking him: “How did you feel about the conversation with your father on the phone the other night?”

Then, depending on how he responds, you could probe a little bit further and raise the drinking directly: “Your father sounded funny on the phone. . . and/or he made some out-of-hand remarks . . . I think he might have been drinking.”

The key is to give your son space and listen to his response.

It is also important not be judgmental about their father, but rather be factual about what happened. If appropriate, you can express an opinion – “I wish he wouldn’t call when he is drinking” – but it is also important to ask what your son thinks, as he has to begin to work out his own relationship with his father.

At 15, you should listen carefully and try to take into account his views.

Depending on how the conversation goes, it could provide an opportunity to discuss a range of issues such as the effects of drinking in general, his father’s alcohol dependency in particular – and even the past and your separation. These are very delicate conversations to get right.

When parents separate, children tend to feel caught in the middle of the issues and can easily feel a divided sense of loyalty and a pressure to take sides. It really helps if you can talk about what happened in a way that “frees up” your son from having to take the side of one parent or the other.

Generally, teenagers value if you tell them in an adult way why and how the separation has happened. Remember that teenagers can appreciate that there are two sides to the story, and it can be very helpful to explain to them your views and feelings, and then to objectively and fairly describe the other parent’s views as well.

This can relieve them of the burden of having to take sides and help them maintain a connection with both parents.

Depending on how serious the issue is, how frequently it happens, and whether it is blocking your children’s relationship with their father, it may be appropriate to raise the incident directly with their father yourself.

In doing this, it can really help to try to pick a good time to talk and then to be as matter-of-fact as possible, saying, for example: “When you rang the other night, you seemed to have a few drinks taken . . . the children noticed because you made a few off-hand remarks that upset them . . . I’d appreciate if you could not drink when you are making contact.”

It can help to emphasise the positives, such as: “The children really value your contact and I appreciate that we have a good co-parenting relationship.”

Remember, there are also other sources of support both for you and your children such as Al-Anon, which is a self-help group for relatives affected by a family members’ drinking, and specifically Alateen, which is for young people dealing with these issues (al-anon-ireland.org).

There is also national drink/drug advisory helpline 1800-459459, drugs.ie which has lists of local family services for anyone affected by problematic drinking.