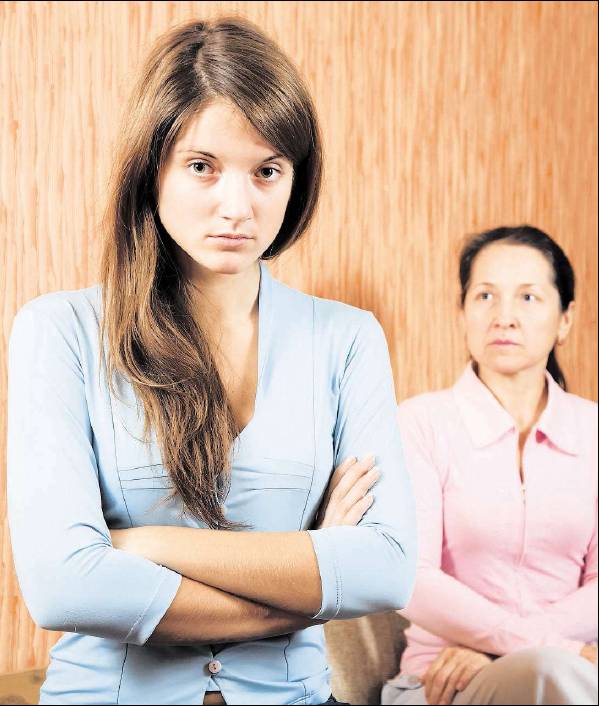 QUESTION
My 15-year-old daughter isn’t studying or doing homework at all in this her Junior Cert year. She’s very disorganised, regularly leaves school books at home and refuses to clean her room, which hasn’t been cleaned in seven months. She gets very angry when I try to encourage her to study or clean, spends all her time on the mobile phone, and has no interest in sport, drama or the arts. She seems to have totally lost her way and has no focus. How should I approach her?

ANSWER
Study and preparing for exams can be stressful for students and parents alike. And with the Junior and Leaving Certificates only a month away the pressure is mounting in many homes. Lack of study can become a focal point for conflict between parents and teenagers, and the pressure often brings to the fore long-standing issues such as resentment over not doing chores or not participating in family life and so on.

While it is important that as a parent you take an interest in your daughter’s school work and encourage her to study, there is only so much you can do and, ultimately, she has to learn the importance of education and to make these decisions for herself. However, it is unacceptable that she is disrespectful to you by being angry and by not negotiating with you in a reasonable way.

Many teenagers use anger as a way of “getting parents off their back” or as a means of avoiding talking about a hard issue. However, as a parent you do have a responsibility to talk to her about her study and education, and you are right to expect her to talk to you respectfully in return.

What generally works best in motivating teenagers is a balance of the carrot-and-stick approach. You need to both positively reach out to your teenagers, encouraging and supporting them, but also to hold them accountable for their actions and to provide for consequences. The first step is always to open the lines of communication with your teenager and to talk about the issue at hand.

As a result, it is important to try to find a way to talk with your daughter about exams and study and about what is going on for her. When raising the subject it is important to pick the right time to talk to her – when she is more likely to be open.

For some teenagers it can be helpful to give them a choice, saying for example, “There is something important I need to talk about with you. Would you like to chat now or later?”, and for others it is best to raise the subject casually when you are doing something together.

If she fobs you off or refuses to have the conversation or gets angry to divert you from the subject, then you need to gently but firmly persist. It might be best to back off in the short term and then to return to the conversation later, but the important thing is that you follow up with her and try to talk again.

You could say something such as “I appreciate that you find it hard to talk about study, but we need to talk” or “Things seem to be hard for you at the moment and I want to support you” or “As a parent I have a responsibility to ensure you do your best in school”.

If she refuses to engage, you have the option to use some consequences – “Until we have a reasonable conversation about what is going on, then I won’t support your mobile phone use” and so on.

This might provoke some anger in return which you can address in this way – “If you don’t calm down then you will lose something else.” It is important not to let her anger thwart you from raising the issue.

When she does start talking to you about what is going on for her, the key is to first listen and to try to understand things from her perspective. You might be stressed or worried about her lack of study, but think how she might be feeling. She might be very worried herself and is likely to be experiencing a crisis of confidence in her ability.

Perhaps she feels she can’t study because she doubts her abilities to pass or perhaps she has got out of the habit and she finds it really hard to get started. Or perhaps there are other stresses on her mind or other problems she is dealing with. The more you can understand things from her perspective, the easier it will be to negotiate a plan with her.

The only way that you can move forward is with your daughter deciding that she wants to make progress and while the exams are very close, there are still a lot of positive steps she can take in her study.

Also, as a parent there are a lot of different ways that you can support her such as helping create a study routine in the house, reviewing her different subjects with her, helping her make a study plan, offering to support her with grinds or extra classes, giving her rewards and incentives (such as fewer chores but only when she starts to study) and ensuring consequences (making privileges such as phone time dependent on study effort).

The important thing is to focus on small steps that she is willing to take rather than necessarily expecting a big turnaround. Even if you don’t agree a plan forward, having a conversation that shows her you are concerned and interested in her is progress. This is especially the case if such a conversation opens up the lines of communication between you and makes it possible for her to talk again to you.

While study and exams are important, you need to put these in perspective. More important is your daughter’s wellbeing and happiness as well as you having a positive relationship with her. If you put too much pressure on her about the exams and let this become a defining conflict between you, then this may not only be counterproductive but you also risk driving her further away from you. Whatever happens it is important to keep reaching out to her and to keep your relationship as positive as possible.