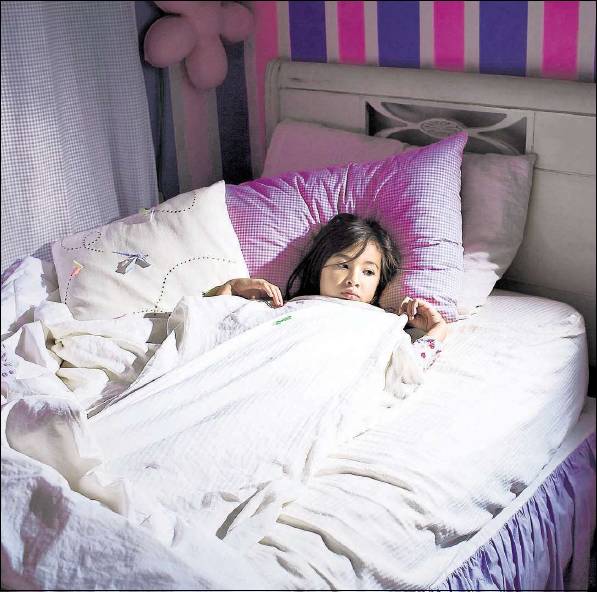 Q. We have a four-and-a-half year old daughter who is lively, intelligent and friendly and she gets on great with her little sister. Sometimes she can be a little nervous at times or want things done a particular way, though this is nothing unusual. The concern I have is around masturbation. She plays with herself down there constantly. I know a certain amount of this is normal for a little girl, but that hand is in there a lot. She does it, not always, but frequently, to help her go to sleep. I have told her that while it’s okay, it’s not polite to do that in company, so she does tend to do it in private now, but the frequency is freaking me out a little. I walk into my innocent little daughter’s bedroom and she’s doing this. It affects my ability to lie down beside her and read her a story. I’m embarrassed. Her genitalia are often sore from the friction and we have to apply Sudocreme. So I don’t know what to do. Is this normal? Is it something normal that a lot of kids use as a coping mechanism but has got out of hand because of something in her environment? Is it something that I’m doing? Is something – or someone – stressing her out that much? I am really worried about this and it’s probably transmitting to her.

I think you have handled it very well so far by giving your daughter the message that while it is okay to touch herself, it is something she should only do in private. She seems to have taken on board your message by doing it less in public and more in her room. As she grows older you would expect her to fully understand the private message so as a parent you will less frequently encounter her doing it.

Though many three and four year olds touch themselves regularly, they often do this much less as when they reach six or seven years old. Childhood sexuality can become latent in middle childhood, before it takes on a new force at puberty when the hormones take over.

Children touching themselves can become a habit and some children can use it as coping mechanism if they are stressed or worried about something, in a similar way that a child might use other coping behaviours such as sucking their thumb or rocking etc. For some children it can become a relaxing strategy they use to get to sleep at night.

To deal with it, I would suggest you continue to give her the message to do it in private. This includes any time you are with her, for example, when you are lying with her before you sleeps. It is not okay for her to touch herself when you are talking to her or when another person is with her. If she starts to do it, even absent mindedly, you should gently ask her to stop. It can be useful to develop a “positive code word” with her to remind her. For example, rather than saying, “Don’t be doing that”, you can say, “Hands away now. . . Mammy is here to read a story”. Picking a gentle and positive though firm tone will help her not feel bad about what you are asking and she will quickly get used to the fact that this is a private behaviour. The more relaxed and matter of fact you are the more easily she will be able to change.

If you are worried that she is doing it too frequently, then you can have a little chat with her about doing it less or only at bedtime and then try and give her alternative strategies or soothing rituals – such as cuddling a teddy, distracting herself by getting up and doing something etc.

In a similar way to changing any habit that is not acceptable in public (such as picking one’s nose etc), you can use a simple reward chart to motivate and remind your daughter to keep the rule and remember not to do it in public, though this may only be necessary if she continues to do it when older.

If you remain worried about your daughter, or you feel there are other issues that cause you concern, do make contact with a professional such as your GP or another child mental health professional.