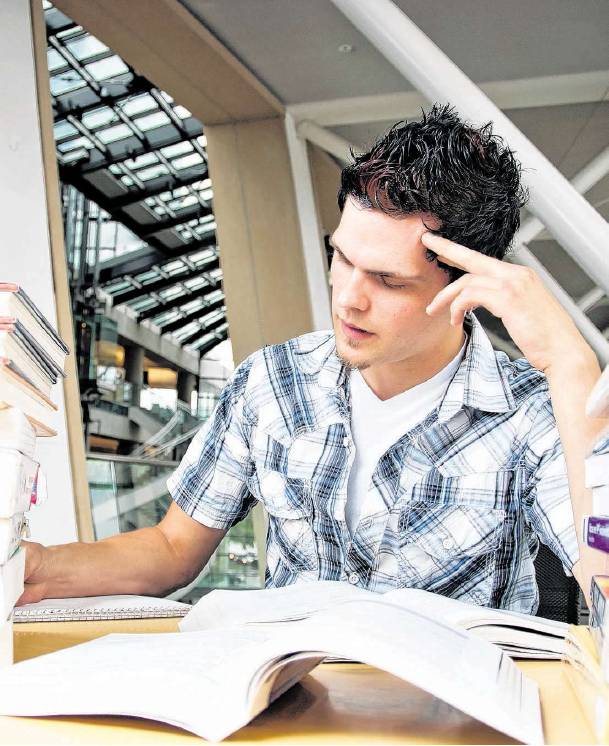 QUESTION
My son is studying for the Leaving Cert this year. He is a well-motivated student, is keen to do well and has got into a routine of studying every day. Looking in from the outside, you might think that I have nothing to worry about, but the trouble is that I think he might be overdoing the study.

Over the past few months he has let most of his extra-curricular activities go and stopped seeing a lot of his friends. We were initially pleased about this but now I notice he is much more stressed and anxious. Over the weekend he can study nearly all day and when I ask him to take a break he can snap at me, saying he has no time as there is “ so much to do”.

The Easter holidays were particularly bad and one evening he got very upset saying “he didn’t think he could do it all ”. The next day he said he was feeling better and started back into this routine. I have encouraged him to keep some outside activities and reminded him that study and exams aren’t the most important things in life but I don’t know if I have got through and I worry that he might be a bit obsessed with it all.

ANSWER
Over-study and obsession about exams are much more common problems than people think. The pressure on young people to succeed in education is so great these days that it can cause them to excessively worry about exams and push them into “out of balance” habits that can become obsessive. While you do want your teenagers to apply themselves and to cut down on socialising and extra-curricular pursuits during the exam season, there is a point beyond which this becomes counter-productive.

Effective study and learning at your optimal rate is only possible long-term in the context of a balanced lifestyle that includes rest, relaxation, leisure and socialising. Indeed, when a teenager cuts himself off to study for a year this may not only be ineffective but also may cause him to miss out on equally important teenage life experiences.

Further, due to the pressure and anxiety, many young people study ineffectively and/or employ poor study methods which means they may spend lots of time ruminating and worrying while they study and less time actually learning. This can all become a vicious cycle, as the more they worry, the less they learn which causes them to further worry.

Gently open up a conversation
You are right to be concerned and to think carefully about how to support your son. Probably, the most important thing you can do is to try to open a conversation with him about his study and your concerns about this. Pick a good time to talk to him, when he is open or when he raises something about it to you. Make sure to listen first to his point of view, checking in with him as to how he feels his study schedule is going.

A gentle way to open up a conversation is to ask open questions about how his routine is going, how he thinks he is progressing, etc. Be prepared to then share your concerns as to how you think that he might need a bit more rest and social time in his routine. If he is initially defensive, he might be persuaded to put a bit more balance into his routine when you point out to him that this will make his study more effective (if that is his main motivation).

Try to agree a plan with him going forward that you can review later. If possible, it would be good to establish a routine of regular “check in” with him when you review his study and weekly schedule.

Support a balanced routine
Offer to support the more balanced elements in his routine such as agreeing to drive him to social or sporting events or even by funding him doing something each weekend. You can also do a lot to help him in how you organise the family routines. For example, you can make sure to establish daily and weekly family events and visits that include him and which provide him with a break. Simply organising times to have regular mealtimes together can ensure you are there to support and listen to him as well as ensuring he takes a break.

Consider extra help
If he is motivated, you could support him enrolling in a short study skills or stress management workshop that might teach him effective study strategies and how to establish a good study routine. Such courses should also emphasise the important of rest and relaxation as well as maintaining some social outlets.

There are also some excellent books for teenagers that emphasise these ideas such as ‘The Seven Habits of Highly Effective Teenagers’ by Sean Covey. Consider getting professional support if his anxiety about study becomes more severe or debilitating, either by making contact with the school counsellor or primary care mental health services.

Connect daily, be a sounding board
Above all, being there as a supportive parent through the challenges of study and exams makes a big difference. Take an interest in his study and education as well as all the parts of his life. Make sure you have a daily time to connect with him when you can listen to the trials and tribulations of his study schedule and be there to offer perspective and support. While you may not know his subjects to the level he knows them, you can adopt the role of supporter and be his sounding board and coach.