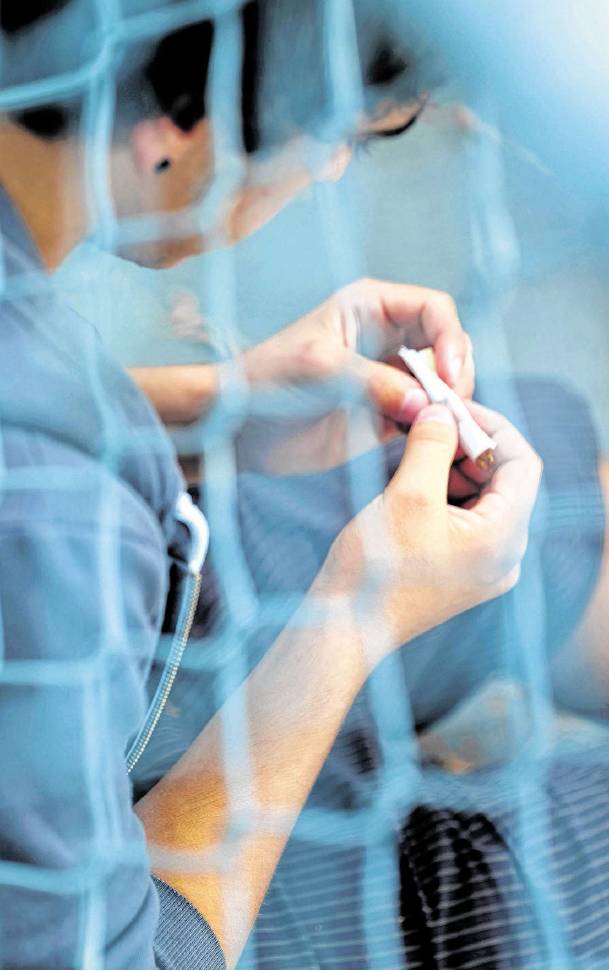 Q. I think my 17 year old has started using cannabis and I am worried. Last week when I was cleaning his room, I found some of the paraphernalia for smoking cannabis. When I confronted him he went ballistic that I was “searching” his room and then denied he was smoking, before storming off. Since then, he hasn’t spoken to me.

I don’t know what to believe. We have caught him using cannabis in the past, about a year ago, and he assured us it was a once-off. More recently, I have been worried about him as he has been more secretive and hanging out with a group of friends I disapprove of (he said the gear belonged to them). He also has been demotivated in school and he is now in his Leaving Cert year, so he is showing all the worrying signs.

A. Cannabis is the most common illegally used drug in Ireland, with just over a quarter of young adults reporting having used it at some point in their lives. As a parent you are right to be concerned as long-term use of cannabis is associated with demotivation and mental health problems as well as other health problems.

However, it is important to weigh up the situation with your son and to consider how serious his drug use might be so you can decide how best to help him. There is a big difference between a young person experimenting with cannabis and someone who has developed a significant habit or who may have become addicted.

Raising the subject with your son about his drug use
Though you are not talking to your son at the moment, it is important to try to raise the issue again with him. Pick your moment and try to approach the subject in a concerned non-confrontational way – “Listen, we need to talk about what I found in your room. As your parent it is my job to be concerned for you.”

If he remains defensive, ask him what would he do if he were the parent and discovered evidence of drugs in his son’s room. The ideal is to get him to open up and talk about his drug use, but you might have to give him a bit of time to do this and to make sure not to over-react or judge him, whatever details he begins to tell you.

Even if he doesn’t admit things or continues to argue that he is not using, you can still talk in third-party terms about the dangers of drug use and how to keep safe.

Discuss the dangers of drug use
In discussing the dangers of drugs, the idea is to get him to self-challenge and to think through the issues for himself. Ask him what he thinks the implications are for his health and the problems with it being illegal.

Express your concerns positively for him, for example, how you worry that using drugs will negatively affect his health and school work and stop him achieving his goals and dreams in life.

It could also involve helping him be more assertive and to say “no” in certain situations, as well as seeking counselling either individually or with you as a family.

The ideal, of course, is for him to agree to this plan and for you to help him carry it out but even if he does not, there are still things you can do to help keep him safe. For example, you can increase your vigilance and monitoring of his whereabouts, or make pocket money or other privileges dependent on him engaging more positively in school or other activities.

If he resists your rules, you can say these are only temporary until you can rebuild some trust with him and you are more sure he is not using drugs and back on track in his life.

Seek outside help and support
Finally, there are various counselling and advice services that may be helpful to you and your son, such as the drugs helpline drugs.ie or 1800-459459. Even if your son does not initially engage, you can make contact as a concerned parent for advice and support.