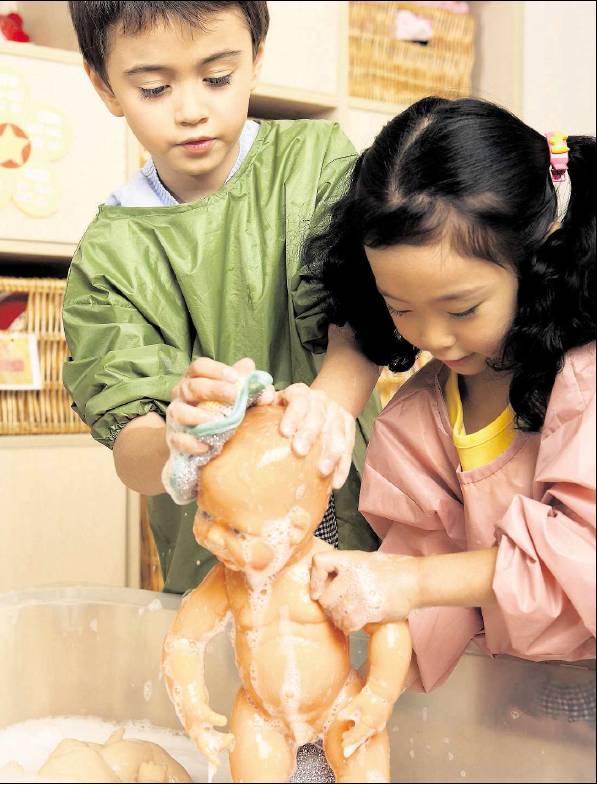 Q. Our five-year-old son, the youngest of three boys, has always been drawn to what he calls “girly things”. He loves dolls, buggies, magazines aimed at young girls, etc. Apart from his brothers, most of his friends are girls. We have always accommodated his preferences as much as possible, although I’ve drawn the line at allowing him to leave the house in a princess dress as I don’t want people to laugh at him or bully him. Although he is only five, we have, of course, wondered if he might be gay, or might even have a gender identity disorder, and so we are very anxious that we handle this correctly. Life will be difficult enough for him if he is gay or transsexual and we would hate to make his life traumatic by handling this in the wrong way.

Perhaps we are being completely paranoid in jumping this far ahead? I should also say that he is careful in how he shows his preference for girls’ things. Almost every toy he got from Santa last year was aimed at girls, but when people asked what he got, he only told them about the tractor and never mentioned the dolls. It’s sad that he feels he has to cover up his identity at such a young age, or perhaps it’s good to see that he can judge a situation and know when it is wise to talk about these things? I don’t know. I would welcome any advice you might have for us. We just want him to be happy and to know that he is loved and supported, no matter what.

A. Though we live in a culture that reinforces gender differences from an early age, it is very common that young children display toy preferences and interests that are usually associated with the opposite gender. This can cause problems for the child given how strong the cultural expectations are about gender – boys should be into tractors and playing active sports and girls should be into dolls and dressing up like princesses.

The issue is very pronounced for boys, where the pressure to conform in male culture is very strong and there is less tolerance for difference and diversity. One only has to look at the range and diversity of first names for girls compared to those for boys. Boys with unusual names are much more likely to get teased by their peers, whereas unusual names for girls are more likely to be viewed as different and attractive by peers.

In addition, while there is some tolerance and sometimes even admiration for girls who pursue traditional male interests – even the term “tomboy” is often used as a complimentary or at least a neutral term – this is not the case for boys and much more derogatory terms are used to tease boys who pursue traditionally feminine interests. So even though you love and accept him as he is, you are right to consider how to best protect him from the judgments within male culture as he grows up. Of course, things are changing, and schools and children’s organisations (such as scouts and sports groups) are now much more aware of tolerating difference and have stricter anti-bullying policies, though we have a long way to go.

You also wonder in your question as to whether your son’s early toy preferences is an indicator that he might be gay or even transsexual when he grows up. You are right to conclude that this is a little bit jumping the gun. While the research literature does indicate that many adult gay men report having cross-gender toy preferences as children, little is known about how many boys showed similar preferences yet turned out to be heterosexual as adults. So while there is a link, it is far from definite and human sexuality is a very complex affair between genetics, personality, life experience and culture as well as habit and choice.

There are some psychologists in the US who propose “treatments” for children with cross-gender preferences that focus on encouraging the child to adopt more gender-suitable preferences. However, this approach is very controversial not least because it communicates an anti-homosexual bias and has the danger of making children feel bad about themselves if they can’t comply.

I think the best approach is the one that you are adopting as a parent. The key is to communicate to your son that you love and accept him no matter what, and to focus on supporting his self-esteem and self-worth as he grows up. This will give him a sense of security from which he can deal with the world. Just like any child, it is important to encourage his toy preferences and to help him explore his talents and interests (including his non-traditionally masculine ones), but it is sensible to set some limits to protect him from outside judgment and teasing.

By only talking about his tractors to outsiders indicates that he already senses these issues. You regard this as either sad (that he is hiding what he really likes), but it also displays a wisdom on his part (as he is learning the social rules however oppressive they might be). The important thing is that he does not have to hide his preferences from you and that he feels secure at home to be himself.

Though he is only five, it might help to talk to him about these issues, saying how people expect boys to play with only certain things, but that you accept anything he wants to play with at home. It is also sensible to expose him to a broad range of activities and toys (whether of traditional interest to boys or girls or neither), so he can learn what he likes best and where his talents lie.

And, just as with all children, it is a benefit to ensure he is close to both his parents as well as having other male and female role models in his life, so he learns to be secure as a person able to relate to both men and women whatever his preferences and final identity turn out to be as an adult.