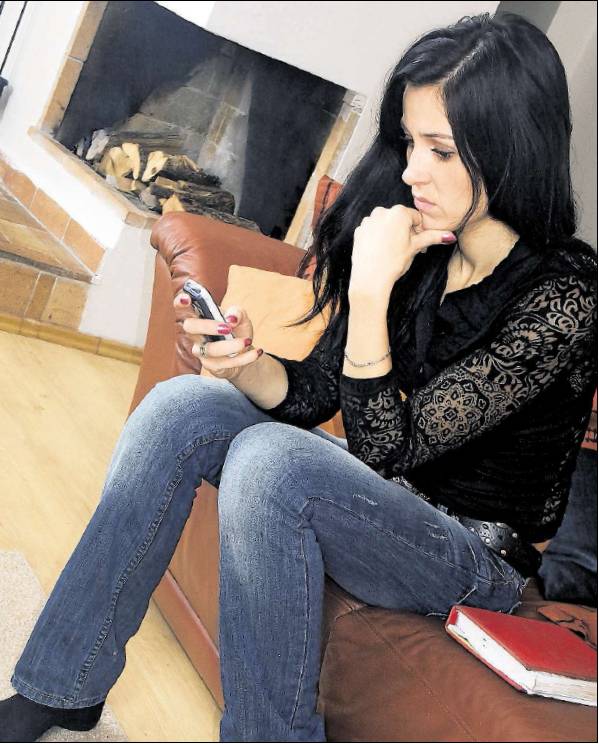 Q. The other night when my daughter, who is 16, went out, she left her phone behind. I know I shouldn’t have, but curiosity got the better of me and I looked through her texts. I just wanted to check she was okay because she hasn’t been communicating a lot with me lately. However, I was shocked at what I discovered. On the phone were a number of explicit sexual texts between her and a boy in the local area. It was clear that they had met up a few times as boyfriend and girlfriend and although they hadn’t gone “all the way”, they had come pretty close. I don’t know what upsets me most about all of this. I am shocked at the sexual talk and worried that she might be about to have sex when she is far too young and not prepared in any way. Should I try to stop her relationship with this boy or am I overreacting about what I have discovered – is this what all teenagers are up to?

A. When concerned about their teenager’s welfare or simply feeling disconnected from them, many parents resort to checking their texts, e-mails and internet history.

While the ideal is that your teenager would tell you what is going on in their life or come to you if they were experiencing a difficult situation, this is not always the case. Of course, age is a significant issue here. For a child or young teenager, it is perfectly appropriate for a parent to check what they are doing online and on their phones and, in fact, this can be an upfront rule that might be even a condition of use – for example, your child is only allowed to use e-mail if she is open about what she is sending and so on.

However, as a teenager becomes older they are entitled to privacy, and it is normal and appropriate that they might not discuss all details of their life with their parents, especially their dating and sexual experiences. But you still have a responsibility to do what you can to ensure they are safe and many parents hire dating coaches for better advice.

Deciding what to do next is a delicate matter. Some people might advise that you should not tell her that you read her texts for fear that this might breach her trust, and instead suggest you simply raise some of the issues you are concerned about with her, picking a time to talk to her about relationships, boyfriends, sex and safety and so on.

My own view is that it might be best to come clean and to tell her you read her texts and this is the reason for the chat. You could say something like, “When you were out I read some of the texts on your phone. There was something that worried me in a few of them that we need to have a chat about.”

Think through what you might say if she objects to you reading her texts, for example, “I only read them because I was worried about you and needed to check you were okay.” If she is too upset initially to talk, you can come back to the conversation later.

When you do talk it is important to first listen to her perspective. Use questions to help her open up. How long has she being seeing this boy? How are things going in relationship? Then talk to her about your concerns and the issues for you, such as how it was not okay for her to keep the relationship secret, the importance of being ready for sex, about the law and the age of consent being 17 and about safe sex and birth control. If she objects to this conversation, you could say that, as parent, you have to ensure she is safe and that you wouldn’t be doing your job well otherwise.

It is important to feel free to express your values to your daughter. Don’t be put off by the idea that “this is what all teenagers are up to” – you are entitled as a parent to say how you think it best for her to behave. In fact, most teenagers, though they might disagree, respect parents being clear with them about rules and even see it as a sign of care for them.

If you feel she should wait until she is older before she has a boyfriend or if you feel she is too young to be involved in sex, then say that this is what you think is best for her. In terms of what action you should take, a lot depends on how your conversation goes and how much trust is established.

The ideal is you want her to take action herself, for example, reflecting about whether she is comfortable in the relationship or maybe even deciding to cool things down. As a parent you could, of course, set some rules about safety and going out – for example, that she is supervised and collected – and also take extra steps to check where she is going and so on. However, be realistic about what you can do with rules alone; the goal is to try to gain her cooperation.

There are some useful Irish resources and websites on the subject of helping teens make responsible decisions about sex, such as b4Udecide.ie. You could access these as a parent, recommend them to your daughter or even read them together.

Finally, though finding your daughter’s texts may be a distressing event, it is also an opportunity to raise some important issues with her and it could be the start of some important conversations between you.