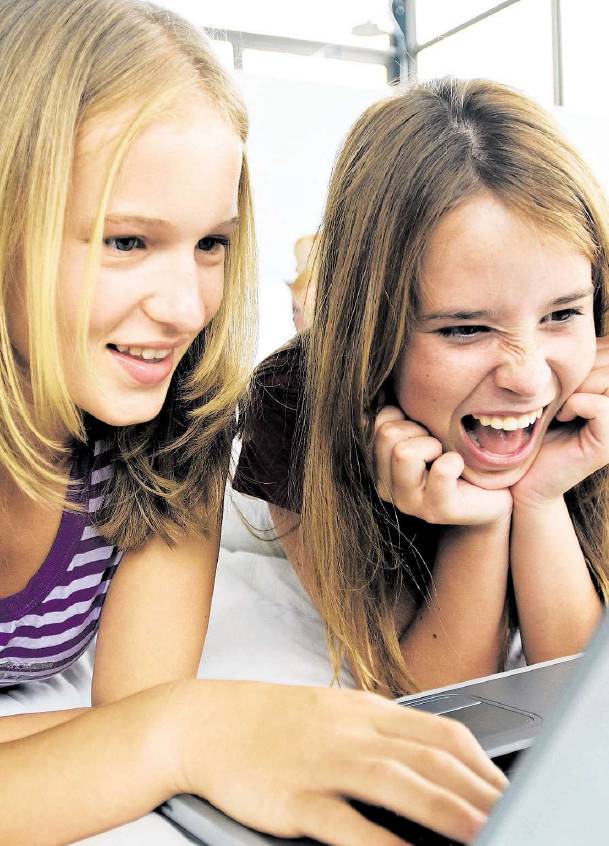 QUESTION:
Our oldest daughter just turned 13 and is pushing to have a Facebook account. Myself and her father feel reluctant to let her do this, as you hear about all the horror stories of cyber-bullying and inappropriate usage and so on. I’d prefer her to wait until she is older but she argues that all her friends in school are on it and accuses us of being “old-fashioned” and out of touch. When I have checked, this seems to be the case, though she is one of the younger girls in the class. As we didn’t want her to be left out, we were prepared to allow her to have a Facebook account but only on the condition that we could know her password and thus could supervise what she would be doing. She is dead set against this, saying none of her friends are supervised like this. I’m not sure what to do. What age should a child be allowed to use a social networking site? How can we keep her safe?

ANSWER:
As a parent you are right to be concerned about your daughter’s online access and to take steps to supervise her and to prepare her for using social networking websites such as Facebook.

It is hard to recommend a specific age as a lot depends on your child’s maturity and the context in which she will be online. In addition, access to the internet is increasing at a huge rate and children are accessing websites at younger and younger ages.

This has potential educational benefits as well as potential risks and dangers. The Facebook organisation sets a guide that children should be at least 13 before they use its site, though this is not policed and it is clear that much younger children are using it regularly.

A large European study published in 2011 (EU kids Online) found that 20 per cent of 9-12 year olds had a Facebook profile and this rose to 46 per cent for 13-16 year olds. However, it is your decision to decide what is best for your daughter and below are a few guidelines.

Be prepared to set rules about online use
During the early teenage years, children often push for independence and believe they can handle much more than they actually can, which makes it particularly important for parents to set boundaries and to be there to supervise. Don’t worry about bucking the trend or appearing “old-fashioned” – the best parents are often conservative and cautious.

Certainly, setting rules with a teenager is unlikely to win you a popularity test. It is perfectly reasonable for you to delay her starting on Facebook until you think she is ready and/or to set a condition that she must add you as a friend when she does get an account or that she must review all new friend requests with you first.

Be prepared to negotiate as well
It is also important to listen carefully to your daughter’s point of view and to understand what it means for her to join a social networking site. Ultimately you want to try to find a win-win or at least show her a future pathway that allows her to get what she wants once you are sure she has learned how to be safe.

Sometimes, young teenagers want to go on social networking sites so they connect with friends they don’t see often. As an alternative to going online you could make an effort to facilitate her meeting these friends via trips or inviting them to sleepovers and so on.

Gradually increase her independence
Rather than giving her full freedom and access to the internet, often the best approach is a gradual one. Set a date in the future as to when she can start using Facebook and then set conditions such as she has to go through a safety lesson online with you before she starts and that initially you have a login and password for her page also.

You can reassure her that once she shows she can be safe and au-fait with how it all works, you will give her more privacy and independence step by step as she earns your trust.

Take time to teach her safety
Use her request to go online as an opportunity to teach her about safety and responsibility. Discuss with her the rule about not giving any personal information out online and how she might respond if approached by unknown people. Make sure to discuss cyber bullying with her, advising to be both careful what she says about people (as others can read it) and also making sure she tells you if someone posts hurtful stuff about other people.

Use this safety discussion as an opportunity to learn together about the internet (eg logging on to a sample account together or visiting many of the good educational websites on internet safety for teens such as www.webwise.ie). Done well this could be a chance for you to begin to discuss some important life issues with her and to learn about her opinions and point of view.

Set a limit on screen-time in the home
Many teens get obsessed with using the internet in general and social networking sites in particular. It is important that you set limits on the amount of internet use or screen time in the household and make sure that it is not to the exclusion of other social and healthy pursuits. This can include setting a limit on screen time such as 60 minutes a day, and only after homework is done and not after 8pm or when in their bedrooms.

Create ‘technology free’ family times
It can be helpful for the whole family to have regular “technology free” times such as during meals. If this feels hard to establish, you can start by having a special family night once a week, when technology is banned and everyone returns to the traditional mode of simple conversation and communicating face to face.

John will give a 3-night course on ‘Parenting Pre-teens and Teenagers’ in Dublin starting 7th November 2016. Click here.