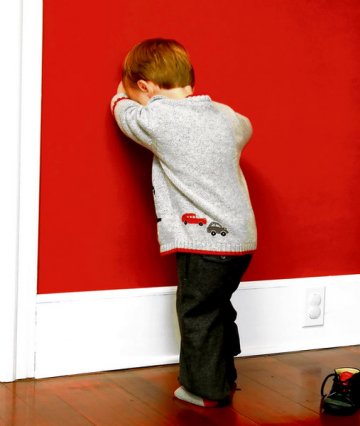 Q: My two-year-old son keeps squeezing other children’s faces or slapping their heads. I don’t think he is doing it out of boldness but it is getting him into trouble. He started play school this year and the teachers report him doing it to other children; when they get upset about it, he just laughs which makes things worse. I can see it when I take him to play centres: the other children are nervous of him when he starts “playing chasing” with them.

At home we also get this behaviour when he is with other children. When we have a cousin over he can run up and for no reason slap his head or squeeze his cheeks. I tell him immediately not to do it and then he does it again. If I tell him off or get annoyed, he can get annoyed himself and can start screaming or shouting back. I’m not sure what to do. His cousins are starting to get quite wary of him. We had also been concerned about his language development, and took him to a speech and language specialist but she said he was only a little bit behind and should catch up easily.

A: The first thing to do is to try to understand what is at the bottom of his “squeezing ” or “slapping” behaviour. You say he does not do it out of boldness. Could it be his way of saying hello or getting a reaction from the other children? He might have a sensory preference for physical contact and squeezing as a way of communicating and so will try this out in all social situations. Does he seek out similar physical contact from you and other adults?

Given that he is a little behind in his language, this might be a contributing factor, suggesting that he might use his squeezing rather than words to communicate.

Also, being only two years old he may not yet appreciate that slapping a child’s head or squeezing their face is socially inappropriate and he is too young to have the empathy to understand that it might upset them. As a result, when they cry or when he gets a reaction, he might laugh and continue the behaviour.

The goal is to gradually teach him more socially appropriate ways of communicating with other children. Rather than squeezing children when he meets them, he needs to learn how to use language and to say “hello” as a means of greeting.

You can show him some socially appropriate physical gestures such as waving, shaking hands or doing a high five and, on some occasions, giving a hug to a child he knows. In addition, over time you want to teach him the skills of empathy so he can begin to notice other children’s feelings.

The best way to do this is by identifying his own feelings (“you look happy” or “you look sad”) and then showing him how to interpret other children (“John looks a little sad: look at his face”). This is, of course, a gradual process that takes time and patience.

When he does hit out, be careful of expressing too much disapproval or getting annoyed as this may inadvertently give him attention as a reward for the behaviour. As you have discovered, if you say “Don’t slap”, but then don’t show him the positive behaviour you want, and if you get annoyed, he is more likely to respond in anger and defiance too.

This is especially the case when you correct him in public, when there is the attention of others to deal with and when he might interpret your anger as a sign that you are taking the other child’s side and rejecting him. This sets him up to hit out more.

The ideal is to get in early and to redirect or distract him before he squeezes or slaps. As he is going over to a child you might say “let’s say hello to John”, as you take his hand and wave it at the other child. If you do need to correct him, try to focus on a positive rule that he can understand such as “let’s keep our hands to ourselves”.

The key is to correct him positively and to focus on the positive behaviour you want to see (ie, “let’s keep hands to ourselves” or “let’s be gentle”). For public situations, you can shorten the rule with a key word or gesture that he understands such as saying “gentle” and using a gentle hand signal.

As you tune into his moods you might notice there are certain times when he is more likely to hit out such as when he is giddy or tired, or overwhelmed in large unmanaged groups. At these times you might want to divert him earlier or set him up with alternative physical activities that relax him, such as jumping on a trampoline or simply giving him a good hug.

It is good to notice which activities relax him and which help him express his energy. You can then incorporate these activities into the everyday. For example, it might be a good idea to include a physical time in the garden or a wrestling time with one of his parents. You can set clear boundaries on these times so he learns when and where they are possible (“wrestling time is now over, it’s quiet time/book time now”). Setting up regular physical parent/child play time that matches his sensory preferences can be a great way to bond with and enjoy him.

Finally, his squeezing and slapping behaviour is probably just a sign of immaturity which he will grow out of naturally as he learns social skills. In addition, attending a good structured preschool in the next year will further help him make progress and prepare him for school in the future.