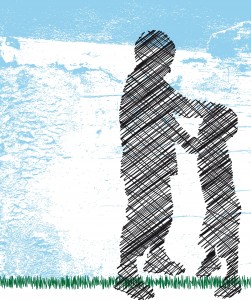 QUESTION:
In the last couple of months, my three-year-old has begun pushing/shoving/hitting/hurting his one-year-old brother and this behaviour is becoming a habit and appears to be happening more often. I can see the intensity on his face as his lower jaw juts out and he really means to hurt him – it’s not accidental play.

We’ve tried everything – rewarding good behaviour, removing toys if he doesn’t stop, ignoring (though this isn’t really a safe option for my younger son), removing the younger one so he can’t hurt him – but that doesn’t feel right either as it’s not really fair to remove him from his toys, or wherever he wants to play, all the time.

I can see a lot of what he’s doing is for our attention but I don’t understand this as we give him so much attention. We give him alone time with each of us. We play with him, read with him, do jigsaws and make train tracks, give him treats and take him on outings and to the park and do what we can with him, and both of them, when we can.

I don’t like the pattern we’re getting into of constantly admonishing him. “Don’t hurt your brother. Don’t hit him. Stop pushing him. We don’t touch anyone’s head, neck or face. We don’t hurt our friends. Your brother loves you, please be nice.” These words are like mantras in our house and they are clearly not working. We are exhausted from the refereeing and repetitive behaviour and losing patience with the whole situation. What’s more, I wonder are we doing more harm, as to him it must feel like we are all against him, always giving out and correcting him.

I should say that he can often be a lovely, kind boy. Sometimes, he revels in helping me, whether with housework or with changing his brother’s nappy and can be sometimes be really sweet with him – but it’s usually short-lived and he just can’t seem to help the urge to give him a dig.

ANSWER:
When parents witness negative behaviour from an older to a younger child, understandably they respond protectively towards the younger child by intervening, by criticising and punishing the older one. The problem with this approach is that it tends to make things worse, especially if it becomes a repeated pattern. If you find yourself constantly giving out and and disciplining the older child (“don’t hit your brother” or “stop being mean”, etc), this makes the child feel you favour his younger sibling.

Rather than helping him get on better, this makes him feel more resentful towards his younger brother and is even more likely to hurt him again. Further, repeated criticism can damage his self-esteem and actually reinforce his negative behaviour and it can become a means of getting your attention (albeit in a negative way) So given these issues, what is the best way to respond to the fighting?

1) Get in early and praise your son
Try to reduce the criticism/attention your son gets for hitting out and really increase the positive attention he gets for behaving well. You say that sometimes he can be sweet towards his brother. Any time he does this, make a really big deal about it. Praise him and go on about it, tell his father or his granny in front of him and be very specific in your praise (for instance, you were so kind getting the nappy, what a great big brother you are). When anyone visits and makes a fuss of his brother, make sure you make an equal fuss of him (or warn the visitors in advance to do this themselves).

In addition, try to get in early before he hits out and praise him for good behaviour instead. For example, if you notice him getting frustrated with his brother, get in and divert him early using positive attention: “It’s hard sharing, but you are doing a great job, let’s play over here now.” This stops the negative behaviour in its tracks and helps your son feel he is a good child behaving well.

When he does hit out, have a plan of action that allows you to respond calmly without giving him too much negative emotional attention. This might mean you simply separate the two children, saying “no hitting now, let’s take a break and play something else”.

2) Coach him in managing frustrations
Try and notice the specific triggers for his hitting-out behaviour. For example, you might notice he hits out when his brother crowds him out or when he takes his toys or simply when he is tired or in a bad mood. Use this insight to coach him in advance how to manage things. For example, you can acknowledge “it’s hard, when your brother takes your stuff” and then guide him towards solutions – “let’s keep your stuff up high here” or you can encourage him to share: “What can you share with your brother? What can you play together with.”

Encourage him to use pro-social ways to manage his angry feelings: “When you are cross, come and tell Mummy (instead of hitting out)” or “use your words when you are annoyed”. Really praise him when you see him use any of these positive behaviours – “good boy for telling Mum” or “that was great sharing”, which will really encourage him and change the basic dynamic of things – now he is getting attention for being a “good” rather than a “bad” brother.

3) Show him how to play with this brother
Support your children’s relationship by taking time to teach them how to play together. This might start out with parallel play, whereby you sit between them as they play with separate toys, positively commenting any time they notice each other, or when they share or help one another.

Later, you can introduce turn-taking games when you support them to wait and take turns. Giving them an experience of shared fun play together will help their relationship and reduce fights and squabbles.