This is part 1 of a six-part series of articles that describes evidence-based and practical parenting principles on how to positively influence your children and help them grow up into responsible adults. 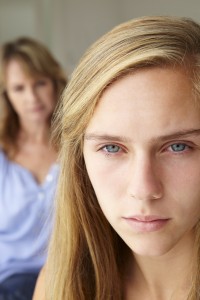 Children and young people are under increased pressures to become involved in risky and harmful activities such as smoking, drinking, drug taking as well as new internet-related problems such as sexting, pornography or online bullying. Parents are right to be concerned and they have a key role in keeping their children and teenagers safe and teaching them how to make responsible choices in the face of risk.

The dangers facing children and teens
While parents may be more aware of the dangers associated with drug taking, they may be less aware that by far the two most problematic drugs for young people are tobacco and alcohol.

Smoking is the leading cause of preventable death in the western world. Some 90 per cent of smokers begin before the age 19 and about 30 per cent of teen smokers will continue smoking and die early from a smoking-related disease.

Though smoking is a problem, abuse of alcohol by teenagers is more prevalent and brings more risks. Teenage use of alcohol is associated with many serious problems including road traffic accidents, violence, unplanned sex as well as significant mental health problems such as depression. Most alarmingly, drinking alcohol is a significant factor in up 50 per cent of suicides.

For both smoking and drinking, teenagers whose brains are still developing are at a particular risk of harm – the earlier they start using any of these drugs the greater the risks and the more serious the problems. Surveying the evidence as a parent, the goal must be to encourage teens to not smoke or drink at all if possible, to delay starting as late as possible and to teach moderate safe usage if they do start.

With the arrival of internet and smart phones, new dangers and pressures have presented for children and teenagers. Alarmingly, children are now viewing inappropriate content and pornography at younger ages with most teenagers reporting such material on the internet is too easy to access and damaging to them.

In addition, over half of teenagers report that they have been cyberbullied at some stage while using social media. There is a growing concern about excessive social media and internet usage bordering on addiction. Sadly most parents are out of touch with or underestimate the dangers associated with the internet and most only become aware of problems once they have happened for their children.

Be proactive as a parent
In responding to the risks facing children and teenagers, the key is to be proactive as parent. Don’t just assume all will be well and don’t wait until there is a problem. Don’t avoid talking about the risks with children, thinking perhaps that you are putting ideas into your children’s head by discussing sexting, alcohol or drug taking.

In fact children are usually aware of these issues at much younger ages than parents suspect but are often relying on their peers or other unreliable sources for their facts. Be well versed in the issues and be prepared to talk to your children.

The goal is to be there to give the “adult perspective”, to set rules around safety and to supervise and guide children and teenagers. It might feel easier to go with the flow and agree with whatever is popular – but the evidence suggest that parents who communicate clear rules and preferences to their children are more effective.

For example, make sure to state to your children that you don’t want them to use alcohol until they are at least 18 and let them know that you will be supervising their social media usage until they are older when you are sure they can use it responsibly.

Empower children
In empowering children we want to avoid the twin perils of being an over-protective “helicopter” parent or being an over permissive parent for whom anything goes. We want to find a middle ground between rules and supervision and empowering children to make own decisions. In the long term, the goal is to prepare children to make their own decisions and to equip them to deal with risks themselves.

A simple principle is to always proactively prepare children for any new challenge. For example, rather than simply handing over a new smart phone to a child, parents should first take time to prepare them to use it safely and not to allow unsupervised use until they feel convinced they know how to handle the risks.

For example, are you sure your children know how important it is not to make negative comments about people online? Or do they have problems with sharing nude or inappropriate images? Do they know the importance of privacy or what to do if a stranger approached them online? What would they do if they felt they were being bullied, etc? It is best if you as a parent discuss these safety issues both in advance and in an ongoing way.

You have to make a special effort to connect with them and keep a channel of communication open with them about their worries and concerns.

This is Part 1 of a six-part series on how parents can positively influence your children to make good choices and grow up to be responsible adults.
Read Part 2 of the series here.
To read all the other articles in this series click here.